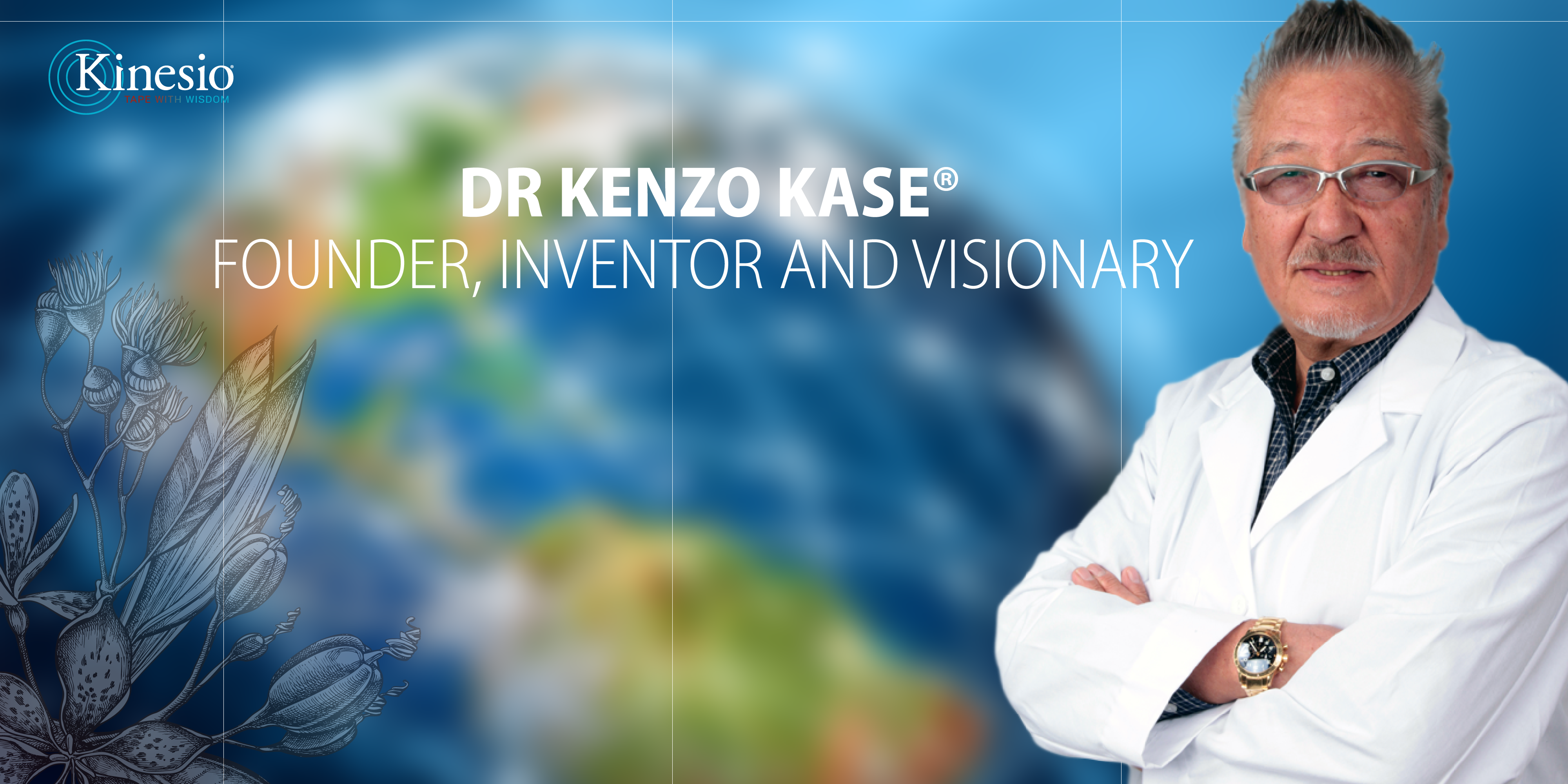 THE MAN, THE MYTH, THE LEGEND

Born in Japan in the 1940s, Dr. Kenzo Kase was a sickly child, plagued by pneumonia, tuberculosis, kidney infections and allergies. His physical fragility kept him from participating in physical education classes.

Dr. Kase learned the power of a healing touch from his grandmother, a Japanese healer who used herbal remedies, acupuncture and moxibustion techniques. After graduating from chiropractic school in Chicago, he was able to combine his education in mainstream and traditional medical techniques and philosophies.

Licensed in both chiropractic care and acupuncture, Dr. Kase is able to combine a variety of styles of healing. For years, he has taken what’s now referred to as an Integrative Medicine approach. He regularly works with surgeons, physiotherapists, and natural healers, making connections between different treatment paradigms to help each concept advance.

Dr. Kase knows that there is no one-size-fits-all approach to healing. He focuses on wellness, health, and prevention through education with an emphasis on the patient-physician relationship as well as the treatment of the patient’s mental, emotional and physical ailments as a whole.

IT ALL STARTS WITH THE POWER OF A HUMAN TOUCH

In the 1970s, while treating elderly osteoarthritis patients, Dr. Kase became frustrated with the limited treatment methods available. He found he could get the patient’s joint into a position that was less painful and resembled normal use, but once they went home, they would return to their old habits and painful positioning. He wanted the treatments to extend beyond his patients’ office visits—a way to send his hands home with them.

Dr. Kase tried to tape the joint into position. However, the tape available for medical use was stiff and rigid. Patients received some benefit from the taping, but it caused skin problems, rashes and other issues. He realized that the tapes available at the time didn’t work well with his Kinesio Taping® Method.

So he invented his own. He worked with product engineers through a long process of testing different tape qualities. Eventually, they created a tape that was flexible enough to preserve range of motion but also lightweight and hypoallergenic to stay on the skin without causing a rash. The new tape imitated the thickness and resilience of human skin.

In the athletic world, Kinesio Taping®  was first used with sumo wrestlers in Japan. Since then, Dr. Kase has also realized that the method’s benefits extend beyond the human species. In 1987, when his Chihuahua was attacked by a bigger dog, he applied the tape. After a few days, his dog was once again jumping around. The Kinesio Taping® Method is also extremely useful in the treatment of horses. Dr. Kase has even taped pets, tree limbs, fruit, flamingos and fish.

More than 50 clinical books, in Japanese and English, and translated into numerous other languages

"I am a Physical Therapist assistant and I apply this brand to all my patients and myself. It lasts long and I like that you can cut your own size rather than precut k tape. You waste less. The fingerprint technology does make a difference. - Nikki A Amazon.com